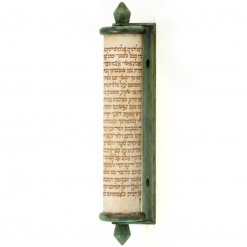 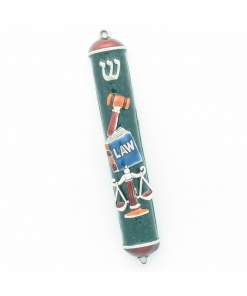 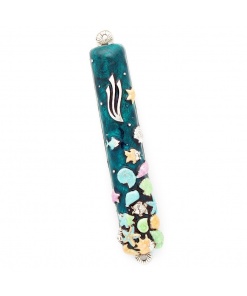 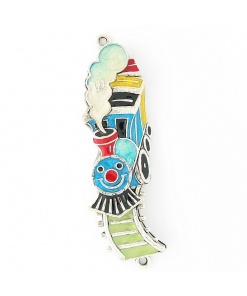 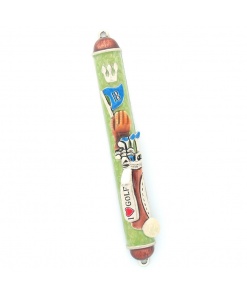 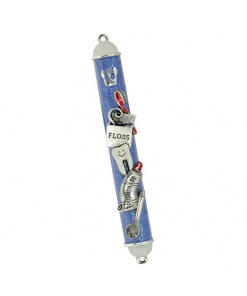 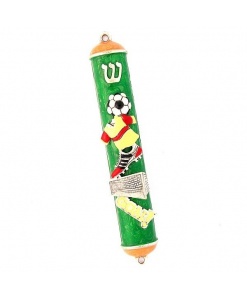 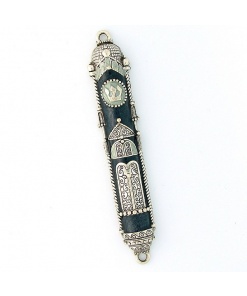 This beautiful mezuzah is influenced by the cylindrical shape of the Qumran scrolls (Dead Sea scrolls). The patina tops and bottoms are representative of the tops of the jars that held the original scrolls. The Jerusalem stone is etched with the words from the parchment contained inside the jar. Each is signed by the artist.

This Mezuzah case carries the entire Shema prayer, which is intricately engraved to form black letters on matte-finished glass. This Mezuzah case is an object of understated elegance, and conveys a sense of sanctity and seriousness.